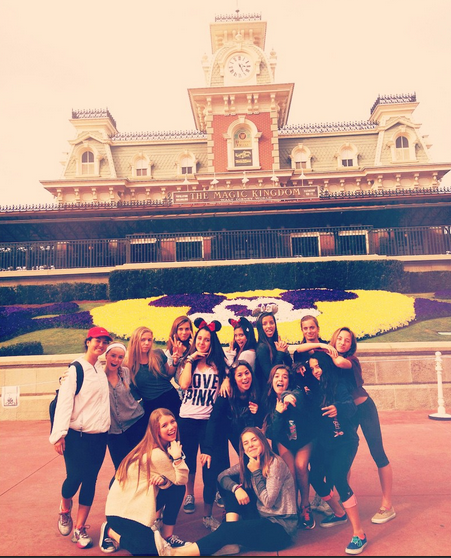 ORLANDO, Fla. – In a program first the RUSH Field Hockey organization debuted an under-16 team on the national stage with a performance that any veteran team would be proud of.

The group of girls selected from throughout San Diego County competed in the 2015 annual Disney Field Hockey Showcase held in Orlando, Florida.

Inside the ESPN World Wide sports facility, RUSH under-16 took down four of their five opponents, all of whom were from the Midwest and field hockey powerhouse areas of the East. In just those four wins alone, RUSH racked up seven goals and allowed just one against. Their three shutouts and tournament run to their bracket quarterfinal took place with nearly 250 college coaches in attendance.

From the beginning RUSH was tested with day one match ups against two high ranking clubs in the country.

With strong passing and big saves, RUSH picked up their first win against club FH Life (No. 37) with an insurance goal to seal the game at (2-1). Their win was a testament to the team’s resilience after coming up just short earlier in the day against the nationally top rated WC Eagles (0-2).

By the end of day two RUSH had extended their winning streak to three. RUSH defeated WCUFHA (1-0) and later shutout the The Greene Turtles (No.72) with two goals for their third win and second shutout of the tournament.

In the final day of the tournament RUSH just missed upsetting the WC Eagles in a rematch, but overthrew their next highest rated opponent in the tournament. With two second half goals, RUSH toppled the No. 12 ranked New Heights club (2-0) to add another shutout and win to finish off the tournament.