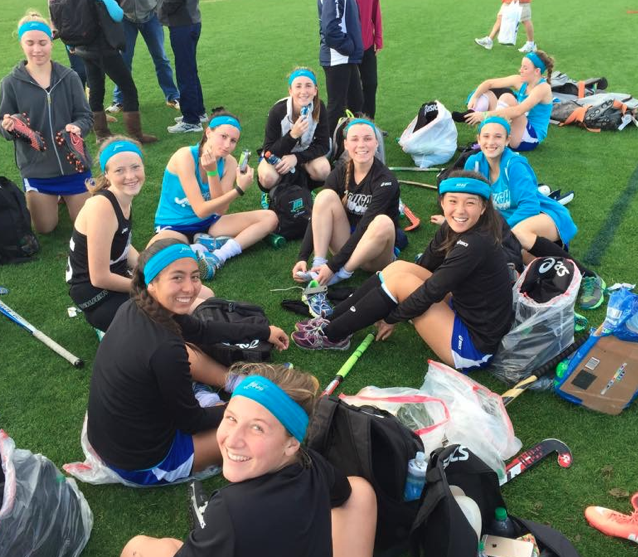 SAN DIEGO -- As high schools and universities begin to start their season, this past year of field hockey was one to remember. RUSH Field Hockey-- like our USWNT at the Rio Olympics-- captured the attention of field hockey fans and players around the world in epic fashion.

1. Competition
This summer RUSH Field Hockey capped off the club season with their greatest performance in program history.

RUSH Under-19 captured 5th place at the National Club Championship held in Lancaster, Pennsylvania this past July to solidify their spot in the national spotlight. With a core group of Under-16 team members on the roster, RUSH is slated to return a seasoned group.

From the tournament get-go, RUSH knocked off historic field hockey club powerhouse Xcalibur, in a decisive win to survive and advance.

In another test of competition, RUSH was the talk of the annual California Cup tournament in May. A second place finish earned the respect of field hockey critics with competition consisting of seasoned pros; Olympians, All-American's and current Division I field hockey players.

Other tournaments include first place finishes at; the 2016 Presidents' Day Showcase and 2015 Hockey Festival. RUSH Under-16 also captured gold at Festival and in their first showing, RUSH Under-14 took home third place.

2. USA
As of August, RUSH Field Hockey Under-19  sits at No. 7 in the the USA Field Hockey National Club Rankings, according to their website.

This ranking does not include the national club championship points, and 90 points possible for RUSH. The Under-16 RUSH Field hockey team continues to climb in rankings now at No.35. And for the first time, RUSH Under-14 is now on the board tied for 47th in the nation.

Five RUSH Field Hockey Elite Performance Group members were selected to the Under-21 Junior National Camp for a shot to make a junior national team with selections still on-going.

Additionally,  22 total RUSH Elite Performance Group Members were selected to compete at the 2016 National Futures Championship. This is eight more RUSH EPG players selected than in 2014.

3. Expansion
As RUSH continues to grow in the number of training participants--the coaching staff has as well.

Brian Schledorn and the RUSH Field Hockey program announced the addition of Crystal Poland to the coaching staff earlier this summer.

As field hockey grows in popularity, RUSH Field hockey met the demand to add a Under-14 travel team and training sessions. With middle school field hockey season starting in the winter, RUSH Under-14 Fall Training will begin next Thursday, September 13th. Click here for details.

4. Social Media
RUSH Field Hockey is committed to reaching our community of training members, parents, universities and hockey fans in any way we can. Nearly 700 followers track RUSH Field Hockey on Facebook, Instagram and Twitter.

Other fans of RUSH Field Hockey on Instagram include companies like: JDH, Hockey Factory with Adidas, Longstreth, Grays, TK, and Velocity Sports in San Diego.

On Twitter, RUSH Field Hockey posts and interacts with the community in a more up to the minute commentary--especially at national tournaments.

On Facebook RUSH Field Hockey is a bit more tight knit of a community.

A majority of RUSH Field Hockey Facebook followers are some of the program's nearest and dearest. Parents, siblings, and family friends of RUSH training members are the overwhelming majority on this social media outlet. RUSH alumni of the same backgrounds also continue to follow and cheer on RUSH Field Hockey as well.