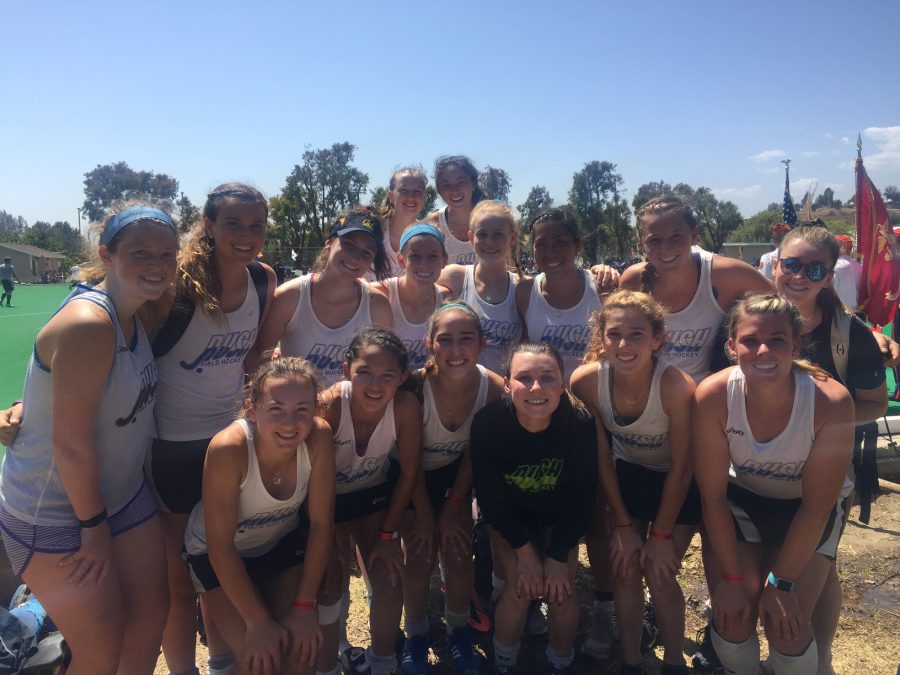 For 45 years, international and domestic field hockey teams have made the trek from around the globe to a singular turf field on a small city college campus nestled tranquilly in the hills of Ventura County. It’s there that eight teams in the California Field Hockey Cup Women’s Supers Division, lace up their turfs and vie to knock around a field hockey ball in hopes of capturing championship magnificence and to hoist a check for $7,500 above their exhausted selves.

But what is so magnificent about Cal Cup?

In a sport commonly without financial profit anyway, the greater enticement Cal Cup offers is the opportunity to go stick-to-stick against the best. We’re talking about teams that for months in advance actively train, recruit and in some cases negotiate compensation to have the aforementioned best on their roster. The best jump off the pages of the tournament program for distinction as former and current field hockey legends, NCAA DI All-Americans, Olympic medalists, Pan Am champions, sponsored European professionals and now with their 2016 Cal Cup showing- RUSH Field Hockey team members.

Kids, essentially. Kids, that in a championship showdown vs. the veteran and talented Jolie Pitts, ruled possession and opportunities that remained scoreless until the final quarter of play. Kids, whom a majority were attending their high school prom just the week before with shin guard tan lines on full display. Kids, who still have to sport hockey eye wear during their school games on clumpy grass fields or football-lined turf in North San Diego County. Kids, who will next year come together and finish their quest to be crowned the best regardless of their experience or the division some thought they should have been kept in.

As self-proclaimed underdogs team RUSH’d-coached by Brian Schledorn, captured silver medals and turned doubters into supporters. Doubters who understandably at the beginning of the tournament could be heard whispering in between cheers of exuberance from RUSH'd parents:

Aren’t they young to be in the supers division? Aren’t they lacking in experience? Are they physically strong enough? Are they mentally tough enough? Do they understand structure? Wait, who is on RUSH’d?

These kids demonstrated what is loved most about this game and team sports as a whole. You can come from anywhere, be of any background and find success in this sport on any stage if you have the proper coaching, fundamental skills and teamwork know-how to make it happen. RUSH Field Hockey will always be their foundation, but they represent the sport of field hockey on other levels as well.  They will continue to represent field hockey growing out west, they will continue to represent on USA Field Hockey teams, they might attend and play for your Alma Mater, and one day, arguably sooner than later- they will be sought after to represent other Cal Cup supers' teams.

Let’s hear it for these kids.